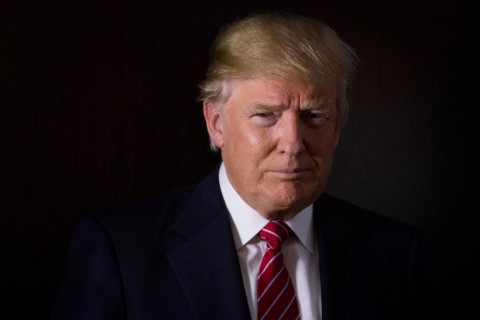 Some major indices retreat after the news, but others advance.

Wall Street quickly rallied. Some analysts feared the worst Wednesday morning, but a half-hour after the opening bell, the Dow Jones Industrial Average was up 28 points while the S&P 500 and Nasdaq Composite were barely in the red. Three hours into the trading session, the Dow had gained 179 points, the S&P 16, and the Nasdaq 27. Trump’s post-midnight victory speech, in which he commented that it was “time for America to bind the wounds of division” and to “come together as one united people,” may have had a steadying influence.1,2

How will the key U.S. indices behave going forward? That is the big question. Compared to the Brexit vote, the Trump upset was not a major market disruptor. The S&P, Dow, and Nasdaq did not crater on November 9 and erase their year-to-date gains; will they maintain their equilibrium or even rally between now and 2017? Some of the early viewpoints are reassuring.

“We don’t see this election as having a lasting impact on markets. It will take some time for investors to consider the implications of a Trump presidency, and act accordingly. But there are sectors that might benefit,” Russell Investments multi-asset investment strategist Paul Eitelman noted to investors November 9.3

In the eyes of Edward Jones investment strategist Kate Warne, “Not much changes short-term except emotions and rhetoric. So dips are opportunities because fundamentals are positive and if Trump plans to spend more, the economy and stocks move higher next year, too. Stocks are very resilient.”3

Both houses of Congress will have Republican majorities as the Trump years begin. How has Wall Street reacted under similar circumstances? Rather well, though it is important to remember that history is just that, and not an indicator of future market performance.

Since 1928, the S&P 500 has averaged a 16.9% yearly price return in the two years following a presidential election when the White House and Congress were controlled by the same party. Keep in mind, however, that annual returns for the S&P have varied all the way from +34.1% to -38.5% in the past 25 years, influenced by macroeconomic factors as much as anything else.3,4,5

Regardless of how you feel about Trump’s victory, don’t act rashly. The fact that the sky did not fall on Wall Street following an unanticipated presidential election outcome illustrates the market’s strength. Political developments are but one of many factors influencing equity market performance. Stay patient through these changes, and resolve to ride out any resulting turbulence as you pursue your long-term savings and investment goals.

This material was prepared by MarketingPro, Inc., and does not necessarily represent the views of the presenting party, nor their affiliates. This information has been derived from sources believed to be accurate. Please note – investing involves risk, and past performance is no guarantee of future results. The publisher is not engaged in rendering legal, accounting or other professional services. If assistance is needed, the reader is advised to engage the services of a competent professional. This information should not be construed as investment, tax or legal advice and may not be relied on for the purpose of avoiding any Federal tax penalty. This is neither a solicitation nor recommendation to purchase or sell any investment or insurance product or service, and should not be relied upon as such. All indices are unmanaged and are not illustrative of any particular investment.