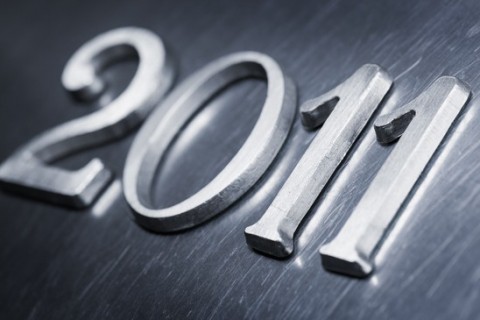 Stocks rallied this past week to within 1.4% of a new 2011 high, due mainly to strong earnings reports and the significant progress made on the ongoing debt ceiling negotiations in Washington. Stocks also rose on the optimism over the European agreement on Greece’s sovereign debt load, and the fact that most of this past week’s economic indicators were to the positive as well. However, not all worries have dissipated as gold hit a new record above $1,600 an ounce, which indicates that investors aren’t yet ready to say that ‘the coast is clear.’ In addition, it’s becoming more and more apparent that the housing market continues to remain in the ‘tank,’ and that employment figures remain bleak.

Given all the volatility as of late, the year-to-date figures for the major indexes are surprisingly to the positive, and currently rest at the following levels: the Dow, up 9.53 percent; the S&P 500, up 6.95 percent; the Russell 2000, up 7.42 percent. Meanwhile the tech-laden Nasdaq is up 7.76 percent thus far in 2011, due mainly to Apple’s blowout earnings number, which more than doubled from a year ago as revenues surged by some 82%! Who would ever have guessed that we would be over half-way through the year and that our markets would be higher by some 7%, making the U.S. one of the world’s best-performing developed markets?

Stocks have certainly been on a run as of late, so the question becomes, ‘What could possibly derail them?’ Well, a lot of things could, but none seem all that likely right now. A failure on the ‘debt-ceiling’ debate approval could lead to a selloff in Treasuries that would obviously spike interest rates, collapse the U.S. dollar and rattle investor’s nerves. But then again, an actual approval of a debt-ceiling hike could do the same thing. Rates could spike, the dollar might weaken, and actually, the stock market might rally. There is even talk once again of the possibility of another big slug of money in the form of quantitative easing, (Can you say ‘QE3?’) QE3 would not exactly fix the system, but it more than likely would put in motion another big stock market rally, which would more than placate the bulls. There is no doubt that the U.S. needs to get its financial house in order, and that is going to be the single key issue for the market in the days and weeks ahead. This no doubt will bring additional volatility, so it’s important to keep your seat belts fastened. No matter how it plays out, it’ll make for an interesting summer to say the least.

Treasury securities are still banking on the fact that lawmakers will eventually get a compromise deal on the U.S. debt crisis. Rates dipped notably on Tuesday with the news of president Obama endorsing a bipartisan plan for addressing the debt ceiling and deficit reduction. However, the 10-year yield rose to 2.977% this past Friday, from 2.906% at the end of the previous week. That’s still lower than the year’s peak of 3.77% hit in early February. Despite rampant volatility, rates have remained extremely low as reflected in the 3-month T-bill, which has even traded with a marginally negative yield at times. By week’s close, a reversal of flight to safety on progress in Greece was the deciding factor as rates firmed up somewhat for the week.

Thus far the second quarter earnings reports are coming in better than expected. So far, companies’ profits are coming in 3.8% higher than analysts’ forecasts, while revenue are surpassing their targets by some 3%, according to a report by Morgan Stanley. Just 7% of companies have missed their profit marks, and only 9% have fallen short of revenue targets. Companies such as International Business Machines to McDonald’s have continued to hit all-time highs after beating their earnings estimates by a mile. Thus far, investors are punishing misses more than they’re rewarding beats, perhaps because misses have been extremely rare, that they stand out considerably more.

Earnings season will continue to be in full swing this week, with many major companies due to report. Some of the key reports that will be featured this week include the following: Baidu, Netflix, 3M, Amazon, Kellogg’s, Biogen, Boeing, First Solar, Ford Motor, ConocoPhillips, Green Mountain coffee Roasters, Visa, Whole Foods, Chesapeake Energy, Starbucks, Amgen, ITT and Merck to name just a few. In addition, traders will be parsing several major economic reports as to the U.S. gross domestic product, new-home sales, and sentiment numbers throughout the week, to get some sense of direction in the equity markets.

All of us at Money Management Services, Inc. hope that you’re enjoying a relaxing summer. As we’re sure you’re aware, most of the country has been steamy hot as of late, so hopefully we’ll get some much needed relief from some onshore breezes from the east or west coasts soon. Come to think of it, an Arctic blast would be even more welcomed! Until next week, take care!