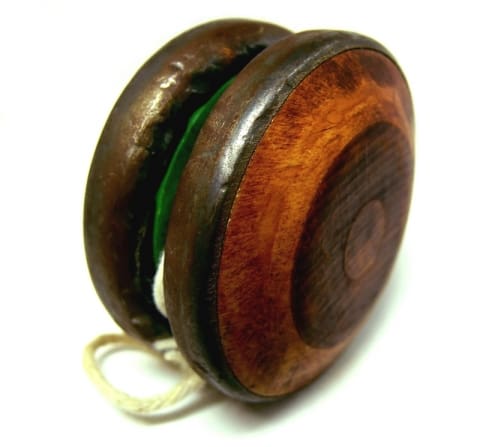 Stocks finished lower on the last trading day of October, although the major indexes were still up sharply overall for the month of October. The earlier favorable economic news and the apparent progress on the Greek debt helped stocks have one of their best Octobers in several decades. The Dow was up 9.5 percent for the month of October and the S&P 500 was higher by 10.8 percent. Meanwhile the Nasdaq finished off the month higher by 11.1 percent and the Russell 2000 zoomed northward by 15.0 percent. When all was said and done, October turned out to be the eighth-best month for the S&P 500 in the last 70 years!

However, the first trading week in the month of November is certainly painting a different picture. Stocks were pounded last week, as there are now fears that the agreement with the sovereign debt issue was beginning to unravel with the Greek parliament. In addition, investors were wary of the outcome of the ‘no confidence’ vote on the Greek prime minister’s future, which would create more uncertainty over whether a newly formed Greek government would go along with the strict austerity plans for that region. As a result, equities got hammered this past week. The Dow was off by 2.03 percent, the S&P 500, down 2.48 percent; the Nasdaq, off by 1.86 percent; and the smaller-cap stocks as represented by the Russell 2000, down 1.91 percent as well.

Going forward, when you look beyond the major news headlines, we continue to see some encouraging signs. First, the major indexes remain in a solid uptrend since the October 4th low. Granted, they remain within the confines of the broad trading range that’s been in place for months, but the recent market action has actually been quite positive. Second, on a technical basis, we’re seeing more and more stocks begin to set-up, or those that have already popped to new highs, are actually holding their ground. Third, and possibly the most important, is the fact that the European situation has been in the headlines every day, or even every hour for that matter. Why is that encouraging? Simply because in the market, trouble usually comes from where you least expect it…not from something everyone has been focusing on for weeks and months. In other words, when something is this obvious, it’s usually already been discounted by the overall stock market.Let’s just hope that’s the case this time as well!

Treasury securities surged on the news that European leaders had finally made some progress on solving the region’s long-running debt crisis. Even with our own staggering debt troubles and political infighting, the U.S., and the massive liquidity of its Treasuries market, still is attracting investors who are fleeing riskier assets in these times of uncertainty. The benchmark 10-year Treasury note traded at 2.052%, its largest weekly decline since late September, and down sharply from 2.313% at the end of the prior week. Consider the irony in the fact that a 10-year Greek bond is now yielding 28.658% as of last Friday. That’s right, the 28.658% yield is not a typo. We’ll probably continue to see Treasuries receive more safe-haven flows of monies, which could send the 10-year yield dipping below 2%, as it did at several points last week.

This week will be relatively light as far as economic news is concerned. Thursday’s international trade report is about the biggest highlight on the week. Traders will also be looking for continuing gains in the export data despite some recent global sluggishness. On Friday, the consumer’s mood will be tested as the mid-November estimate of consumer sentiment comes out. On the earnings front, we have several big names reporting this week such as Priceline.com, Fossil, Viacom, Rovi, Ralph Lauren, Green Mountain Coffee Roasters, Macys, Cisco Systems, Nordstrom, Kohl’s and Disney.

As we head into the first full trading week of November, don’t be surprised if the markets continue to be volatile with all the shenanigans going on in Europe. In addition the bankruptcy last Monday of MF Global (the second largest financial corporate bankruptcy behind Lehman Brothers) and the rumors surrounding Jefferies Group, will also play havoc with our investing emotions. However, keep in mind that all of us at Money Management Services, Inc. will continue to be monitoring these day-to-day events with a ‘guarded eye.’ Until next week, take care!!