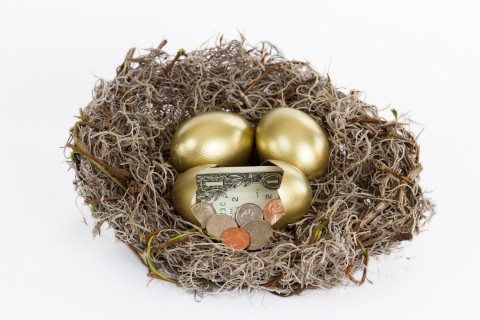 For most companies, defined benefit pension plans are no longer in existence. Instead, they’ve rolled over some of that lost benefit to employees by increasing matching contributions on defined contribution plans, known mostly as 401(k) plans. Therefore,  employees are learning that to retire comfortably without a pension plan benefit, they must max out their allowed 401(k) contributions – up to the IRS limit each year – to have enough saved for retirement.

However, now there’s the question of whether your clients are losing free money that isn’t making it into their 401(k) plans. Most companies offer a 401(k) matching contribution, such as a 50% match for every dollar up to a 10% contribution by the employee, based on their pay. In other words, if you put in 10%, the company will match up to 5%. If the employee contributes anything below the yearly limited contribution allowed, we don’t usually have an issue. However, if the employee maxes out their contributions before year-end, they could possibly be leaving money on the table in matching contributions.

If you find some of your clients in this situation, there are two things you need to know. First is that some 401(k) plans have adopted the “True Up” plan provision, which doesn’t allow an employer match to be less in total – if established on an annual basis – even when the employee funds the maxed limit before year- end.  Second is that if your client is within a plan which doesn’t support a True Up provision, they need to make sure they manage their 401(k) contributions evenly throughout the year and max out during the last pay period of the year.

While for most, this article is simplistic in management, it can be extreme in benefits lost.

Based on my example above, a 30-year history of losing $3,000/year in matching contributions at an 8% annualized growth rate, can eliminate slightly north of $300,000 in free benefits. Therefore, reach out to those clients who are maxing out their 401(k) plans to assure they’re getting a True Up benefit. If not, help them manage when they max out their 401(k) so they don’t leave money on the table.

Read The Article at THINKADVISOR.COM