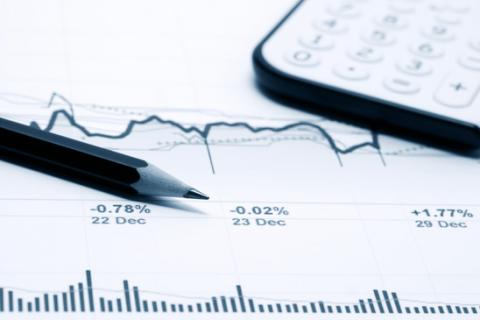 Stocks end flat for 2011 despite investors feeling they were on a roller coaster for much of 2011. The stock market ended a tumultuous year about right where it started. When all was said and done, despite record setting volatility, unexpected blows from the European Union, surprising triumphs in certain sectors, all the hullabaloo proved for naught. When the clock finally closed out the year, the Standard & Poor’s 500 closed at 1,257.64. That’s exactly 0.003 percent below where it started the year. Yet, in looking back at 2011, it was a year of extreme volatility, where political turmoil, financial upheaval and unprecedented natural disasters left almost no corner of the markets untouched. To show you how crazy it was, on 35 trading days in the year, the broader market closed with a gain or loss of 2 percent or more – the most number of days of that magnitude since the financial crisis of 2008 -2009.

For the last week of the year, equities were moderately down. Trading had been thin all week, as many traders had already closed out their positions for the year. The Dow Jones Industrial Average was off by 0.62% the last week of 2011, while the S&P 500 was off by 0.61%. The Nasdaq finished off by 0.52% and the Russell 2000 index of smaller-cap stocks, got slapped by 0.94%For the year-end statistics, the major equity indexes were forgettable at best. The Dow finished off the year with a 5.53% gain, thanks largely to the fact that this index has very little financial exposure, which was hit the hardest. In addition, it’s a price-weighted index, and just two stocks, McDonalds and IBM, accounted for half of the years’ gains for the whole index. McDonald’s rose 31% for the year, sending its stock above $100 for the first time. IBM also reached a new high, ending the year higher by some 25%. Meanwhile the broader S&P 500 was essentially unchanged, while the tech-laden Nasdaq was off by 1.80%. The smaller-cap stocks took the brunt of the damage in the past year, as the Russell 2000 was off by 5.45%.The outlook for stocks in the New Year is either great or grim, depending on your focus. We still have to deal with the uncertainties of the European countries such as Italy, Greece, Spain and Portugal, so the big question is how much interest will investors demand to be paid to compensate for the risk they’re taking on in those countries. It they demand too much, fears could spread to those respective countries could default, and that in turn would singe stocks. There are also questions about whether China’s economy is beginning to slow, and whether our U.S. politicians will agree to raise the debt ceiling again in 2012 or extend the Bush-era tax Cuts. However, on the brighter side, stocks seem to be somewhat moderately priced. Currently the S&P 500 is trading at approximately 12 times its expected earnings per share for 2012 versus a more typical 15 times. In other words, stocks certainly appear cheaper now. If you throw in the fact that interest rates are at their lowest levels since 1960, the markets are at their lowest level since 1960. By way of this logic, many strategists, analysts and economists expect this venerable index to end next year at 1,300 or more, which tallies up to 10 percent! However, let’s just hope their crystal balls are working better this coming year, as they had the same prognostication for 2011.In a year where the U.S. lost its prized triple- credit rating, which should have spooked buyers of its bond, instead, investors bought more of them and made Treasures one of the best bets of 2011. Investors stampeded into U.S. debt, sinking the 10-year benchmark yield to end the year below 2% for the first time on record. Earlier in the year, the yield fell to its lowest level since the 1940’s. On the last trading day of year, the benchmark 10-year note’s yield ended at 1.885%, down sharply from the level of 3.3% that was recorded at the end of 2010. Even the 30-year bond is yielding a paltry 2.899%. Part of the reason for the big rally in bonds can be attributed simply to the size of the market: It’s big, and it can handle the inflow of cash from investors who get scared out of the equity markets. As it stands, the bond market looked poised to post the biggest calendar year return since the 13.7% notched in 2008 when the global financial crisis threatened an all-out depression. As it turned out, the 30-year Treasury bond turned in the best performance, with a 35% return. The benchmark 10-year note posted a return of roughly 17%. However, don’t feel so blue if you missed out on these astonishing gains, as even such stalwarts as Dan Fuss of Loomis Sayles and Bill Gross of PIMCO also missed out on this unprecedented rally in the fixed income arena.

In this holiday-shortened week, we will have a calendar chock full of economic news, climaxing with Friday’s employment report. With the markets closed on Monday for the New Year’s Day celebration, the week starts Tuesday morning with the ISM manufacturing and construction outlays and ends with the Federal Reserve’s Federal Open Market Committee minutes in the afternoon. Wednesday brings us motor vehicle sales while ADP post Thursday. The ISM non-manufacturing index and weekly jobless claims are also on tap for Thursday.

As we begin a new year, let’s take the time to be thankful for what we do have. The economy appears to have ended last year moderately stronger than when it began the year. The consumer is slowly but surely growing more confident, and while 2011 was not as strong as we had hoped for, it certainly could have been worse. In addition there is some forward momentum heading into 2012. With 2012 being a presidential election year, there are obviously opportunities for numerous surprises. And while we’ll still have to deal with the volatility caused in part by Europe’s financial straits, overall, 2012 should continue to build on recovery and expansion. Happy New Year everybody!!