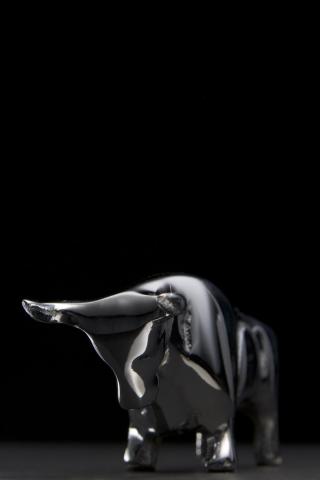 It was another interesting week in the market last week as stocks continue to move Northward even after Standard & Poor’s downgraded the credit ratings of France, Italy and seven other European countries on Friday, the U.S. stock market continued to trek even higher. These downgrades no doubt pose fresh challenges for Europe’s political leaders, and underscore the fact that even as Europe’s debt turmoil enters its third year, there are still no clear solutions yet in sight. However, it’s beginning to appear that our markets are becoming increasingly insolent to these ongoing sovereign debt issues. Whether this remains realistic or prudent remains to be seen.

On the second week of 2012, stocks trended higher for the first four days of trading, before a slight drop on Friday. The Dow Jones Industrial Average tacked on 62 points, or 0.50%, to close at 12,422.06. Surprisingly enough, Dow component Bank of America was the leader of the pack, which is already higher by some 19% for the year. The broader Standard & Poor’s 500-index rose 0.88% to 1,289.09, while the tech-laden Nasdaq Composite gained 1.36% to a level of 2,710.67. The smaller-cap stocks as represented by the Russell 2000 also continued its upward spiral, as it finished off the week higher by 1.9%.

There’s an old classic Wall Street saying that goes, “As the First 5 Days of January Goes, So Goes 2012.” And lately there is some decent statistical data to back this up. According to the Stock Trader’s Almanac, the last 37 times that stocks went up the first 5 days of the New Year, has resulted in full year gains 31 times. That is an astonishing 84% accuracy rate with an average annual gain of +13.3% across all 37 years. That’s no doubt in my mind that there’s not an investor alive today who wouldn’t take that average result for 2012. Let’s just hope this old adage plays out in the New Year!

What’s important to keep in mind as we move forward is what exactly the effects of the latest European downgrades will have on the fragile global economy, including our very own U.S.A. This dilemma may push the Federal Reserve to launch another round of monetary easing, which would probably be known at “QE3.” Launching a “QE3” is a politically risky event, especially in an election year, so the negative pundits out there may feel that we’ll need to have some sort of “Black Swan” event or another big stock market meltdown that will truly pave the way for more Fed intervention. Either way, it’ll be interesting to see how things unfold over the next several months.

After leaks slipped out this past Friday afternoon that the Standard & Poor’s committee would be downgrading a number of European governments’ credit ratings, the flight to safety to U.S. Treasuries was back in action. As a function of all these monetary concerns, the benchmark 10-year Treasury note ended the week at a mark of 1.87%, down six basis points (a basis point is 1/100 of a percentage point). That would be just 20 basis points above its record low reached last September. The 30-year bond yield fell some 10 basis points, to a level of 2.91%.

Unfortunately, even with interest rates at or near zero, we are just not seeing our economy gain any significant traction. It could be that having all those interest rates near zero is actually hurting the economy more than it is helping it. Keep in mind that there are hundreds of billions of dollars that are flowing into savings accounts and money markets, which is basically earning nothing. This is no doubt putting the squeeze on savers. It used to be that a saver could possibly live off of CD interest, but that is not nearly as easy with CDs at less than 1%, rather than 5% or 6%.

This week’s economic calendar will once again be chock full of data, beginning with the January Empire State manufacturing survey, which will be published on Tuesday. Wednesday will feature the December Producer Price Index (PPI), January industrial production and capacity utilization and the January National Association of Home Builders housing market index. The December Consumer Price Index (CPI), December housing starts and building permits, and the January Philadelphia Fed survey will be published on Thursday. Friday’s lone report will be December existing home sales.

Six Dow Components will report earnings this week as we get into the heart of the earnings seasons. American Express, Bank of America, Intel, IBM and Microsoft are all scheduled to report on Tuesday. General Electric will release its results on Friday. Joining these companies will be approximately 40 other members of the Standard & Poor’s 500.

Keep in mind that the U.S. financial markets will be closed this Monday, in observance of Martin Luther King Jr. Day.